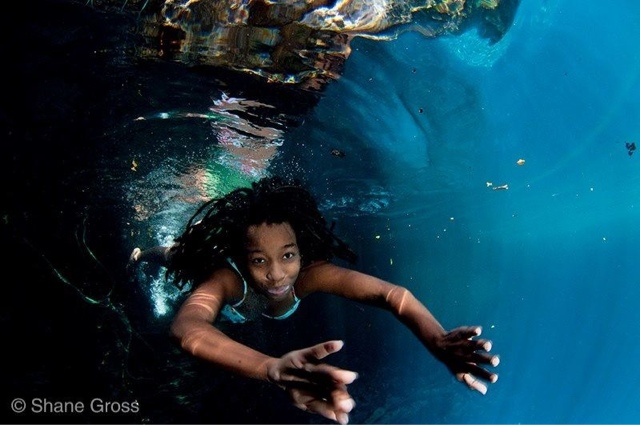 The other day i took another trip over to Eleuthera for the day. You know that’s my hang out spot! I linked up with another gang of friends and decided to go swimming in a nearby blue hole.

The Bahamas has been said to have more blue holes than anywhere else in the world. Formed over hundreds of years ago, during the ice age when sea levels dropped, blue holes get their names from their deep blue color and can often go down for miles.  During that time, the Bahamas was considerably high above the normal sea level and rainfall caused the formation of caves in the limestone. Eventually, sea levels rose and those caves filled back up with water, with the fresh water accumulating on the top from the rain. 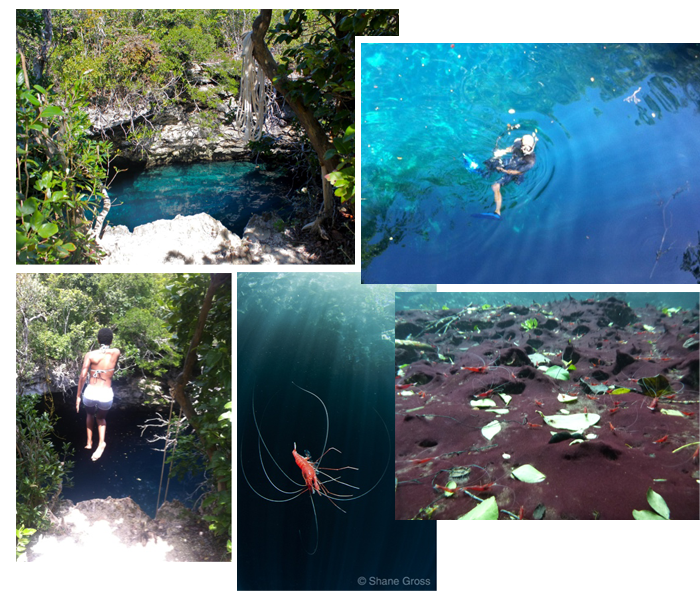 Don’t jump into a blue hole in the seated position! It hurts like hell…for days!  My girl Holly here got it right and straightened up before impact but that’s only because I was kind enough to give her a heads up!  This hole had a 20 ft drop into it and we used already positioned ropes, left by other fun seekers, to climb out.  Be sure you have a definite way out and you aren’t by yourself if you try this;  Otherwise, that would just be plain DUMB!

Be sure to take an underwater camera with you or, as in my case, a friend who is an awesome underwater photographer. Thanks Shane Gross!

Because it’s all salt water, some fish, turtles and other sea creatures swim through the tunnels into the holes. In our case there weren’t very many fish in this hole but we did find a colony of scarlet lady shrimp living at the bottom. 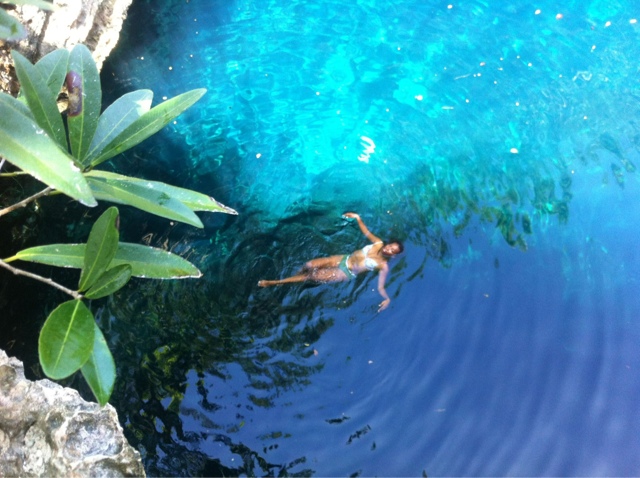 I love being an island woman!